Andrew Hopwood was born in North Yorkshire. For 20 years he worked in the World of Opera; the majority of this time was spent with Opera North and Scottish Opera.

Andrew now teaches in Gloucestershire and continues to sing professionally. He takes in a wide range of engagements from oratorio and recitals to performances at celebrations such as weddings both at the ceremony and providing background music at the reception. He works closely with the Bride and Groom to provide them with their ultimate musical dream.

His teaching is divided between his school work and private practise. Over the past 12 years he has had unrivalled exam achievements. His success as a teacher is further emphasised by the fact that students have subsequently gained entry onto established music courses at colleges around the country to study voice. He also teaches music theatre and has helped students follow this path in to singing.

Andrew is a member of The Association of Teachers of Singing (AoToS.). He regularly attends workshops, seminars and training courses to keep himself in touch with the latest developments in the teaching of singing.

More than a singing teacher

Andrew not only offers classical teaching method but also works with musical theatre. He works with the following exam boards: The Associated Board of The Royal Schools of Music, Trinity College, London and the London College of Music for musical theatre.

Singing is not only for the young. Andrew’s most mature student was an 83 year old gentleman suffering from dementia who had a most beautiful voice and found that singing helped him to fight some of the symptoms of his condition. This proves that your vocal age is not necessarily your physical age – you are never too old to give singing a try! Indeed some of Andrew’s students come through the ‘University of the Third Age’ and he helps many people to prolong their singing and enjoyment of music. He actively coaches using some elementary re-habilitation exercises. He is particularly keen on good vocal health and teaches accordingly.

Andrew believes that it is important to practise what he preaches and he continues to perform professionally. He is available as a soloist for a wide variety of musical performances. These include the more formal oratorio and recitals through to that special song at a wedding ceremony or reception or just an informal evening of music and song. Recent solo engagements have taken him as far afield as Kraków in Poland and Malta. Andrew is also Music Director for the Painswick Singers and the Thames Head Singers. 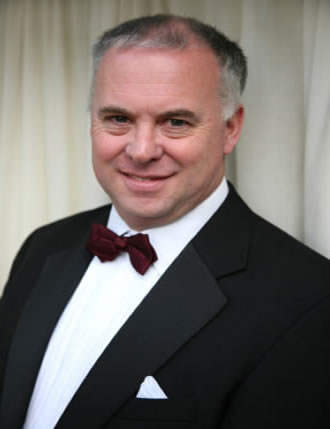 My heart will go on